You are here: ESM Wiki :. Research Wiki :. The Zhang Research Group :. Research Interests (Being under modification ...)

Research Interests (Being under modification ...)

I. In Situ Lithiation Mechanics of Nanostructured Materials 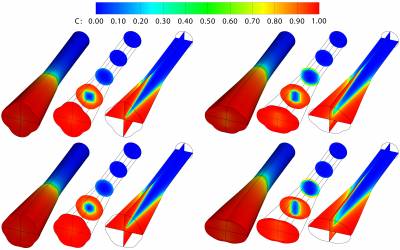 We have developed a coarse-grained biomembrane model, which bridges the gap between continuum shell model and fully atomistic model. The coarse-grained model is applicable to a wide range of membrane-mediated processes, including vesicle shape transformation, membrane domain organization, and endocytosis etc.

Animal viruses invade their hosts in a rather controlled fashion, a process known as endocytosis. Biological studies revealed that virus invasion is both type selective: i.e., certain viruses are engulfed but not the others, as well as size selective, i.e., 50nm viruses are engulfed preferably but not 100nm ones. This fascinating adhesion-driven process makes one wonder: what are the fundamental mechanisms that govern specificities of endocytosis?

We have developed a thermodynamic model with which we reveal that, unlike the adhesion between two inanimate objects, the adhesion strength between an NP and a living cell is a non-local, variable quantity that depends on not only the particle size and the ligand density, but also the receptor density that is actively regulated by the cell. The cellular uptake depends interrelatedly on the particle size and ligand density, featuring a two-dimensional phase diagram in the particle size and ligand density space. The variable adhesion strength specifies a lower and an upper phase boundary beyond which the cellular uptake vanishes. The design principles of the NPs obtained from our studies are validated by comparisons to the characteristics of viruses and existing experimental data. Our findings are not only important for understanding the biological behaviors and evolutionary design of viruses, but also for engineering NP-based therapeutic and diagnostic agents. 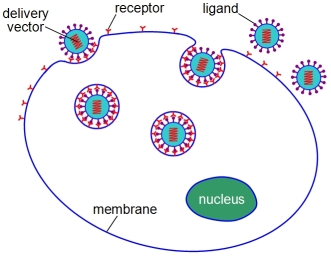 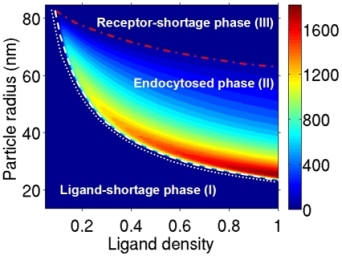 We employ a quasi-continuum method based on finite crystal elasticity theory for curved crystalline monolayer to simulate the mechanical responses of thick multi-walled carbon nanotubes under different loading conditions. We have observed an enriched morphologies of deformed MWCNTs distinctly different from those of SWCNTs. 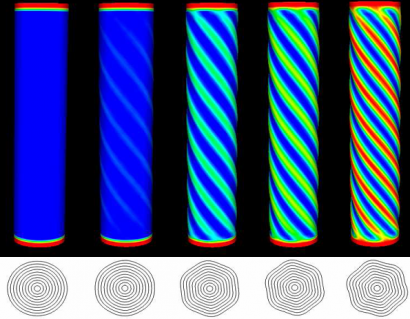