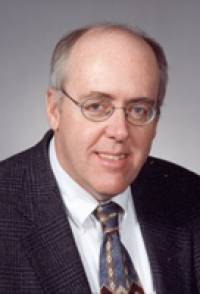 Patrick M. Lenahan earned his B.S. degree from the University of Notre Dame and his Ph.D. from the University of Illinois, Champaign-Urbana. After completing his Ph.D. in 1979, he was a post-doctoral fellow at Princeton University in 1979 and 1980. From 1980 until 1985 he was a member of the technical staff in the Materials Research Directorate of Sandia National Laboratories in Albuquerque, New Mexico.

Since 1985 he has been at Penn State University where he is Distinguished Professor of Engineering Science and Mechanics (ESM) and Co-Chair of the Inter-College Program in Materials. ESM is the materials engineering and applied physics department of the Penn State Engineering College; the department also operates an honors degree program for engineering students interested in applied physics. In 2001, he was visiting professor of Electronics and Computer Engineering at Nihon University in Tokyo, Japan, the country's largest university.

Dr. Lenahan has authored and coauthored over 190 publications in refereed journals, approximately 300 conference presentations, and two patents. He has also authored and coauthored several dozen conference proceedings articles. According to Google Scholar, the publications and patents have been cited over 6160 times. His research has been primarily focused upon reliability physics problems and the trapping centers which limit the performance of semiconductor devices. He is a fellow of the IEEE.

For more detailed information on Dr. Lenahan's career and accomplishments, click the link below.